12022 Phantom Yeggs are migrating from the burrows down below to the Ethereum blockchain ERC-721 and they are hoarding all kinds of shiny things. For the not too shabby price of 0.22 ETH on a WHITELIST/PRESALE, you can get in on the loot.

15% of the Phantom Yeggs collection will be given as rewards for the marketing supporters and 50% of the secondary sale (10% Royalties) will be donated towards the conservation and protection of the majestic Platypus ! 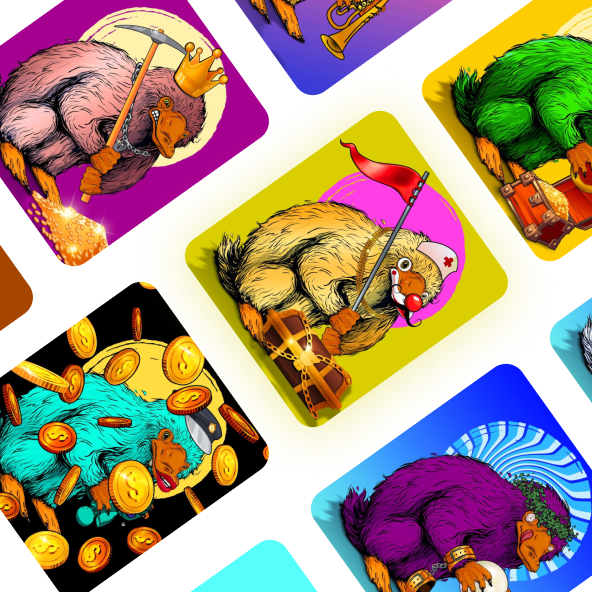 WELCOME TO THE OFFICIAL PHANTOM YEGGS NFTS MINT CELEBRATION!
TO MINT, PLEASE CONNECT YOUR METAMASK WALLET!
AFTER MINTING, YOU WILL SEE YOUR PHANTOM YEGG IN YOUR OPENSEA ACCOUNT!
WHITELIST/PRESALE IS WITH 2000 SPOTS AND MAXIMUM LIMIT QTY PER SPOT IS x1 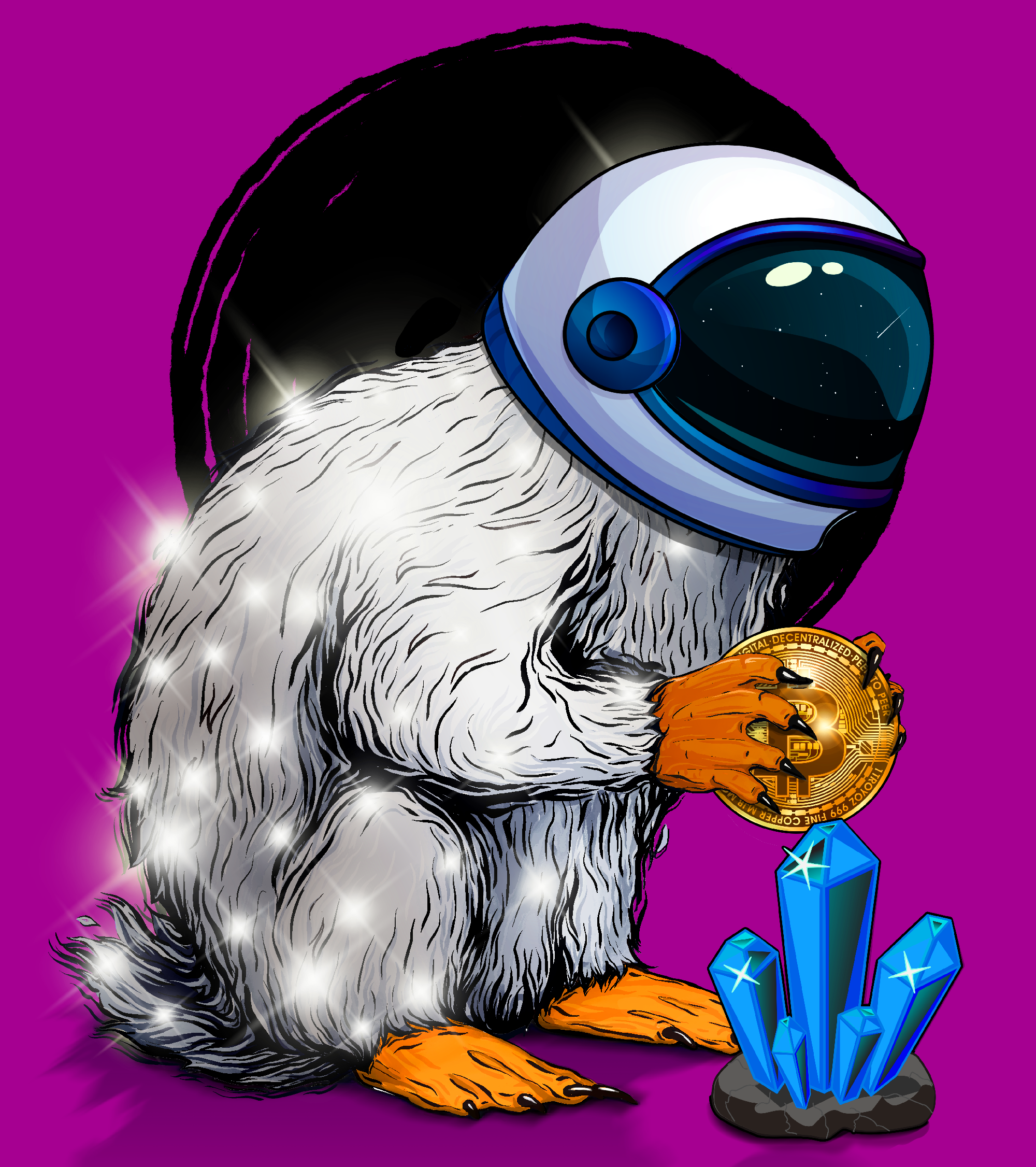 Phantom Yeggs is a community-driven collection of 12022 randomly generated NFTs on the Ethereum blockchain ERC-721 smart contract on Web3.

Wise man used these creatures as treasure detectors long enough to know – they are attracted to wealth and wealth is attracted by them. They can travel through the ages and bring you all the gold and diamonds your heart desires.

Mint it and you can be a time traveler as well – from a present of investment to a future of riches! Find your talisman , that’s a once in a full moon chance!

The Phantom Yegg is your magical compass for wealth. They can even guide you to the moon! You have access to 150 pcs of RARE Astronaut Yeggs. You only have to search for them! If you’re feeling lucky you can mint it in the dark and you have the chance to win one of 20 pcs SUPER RARE Astronaut Yeggs with diamond and platinum skins. 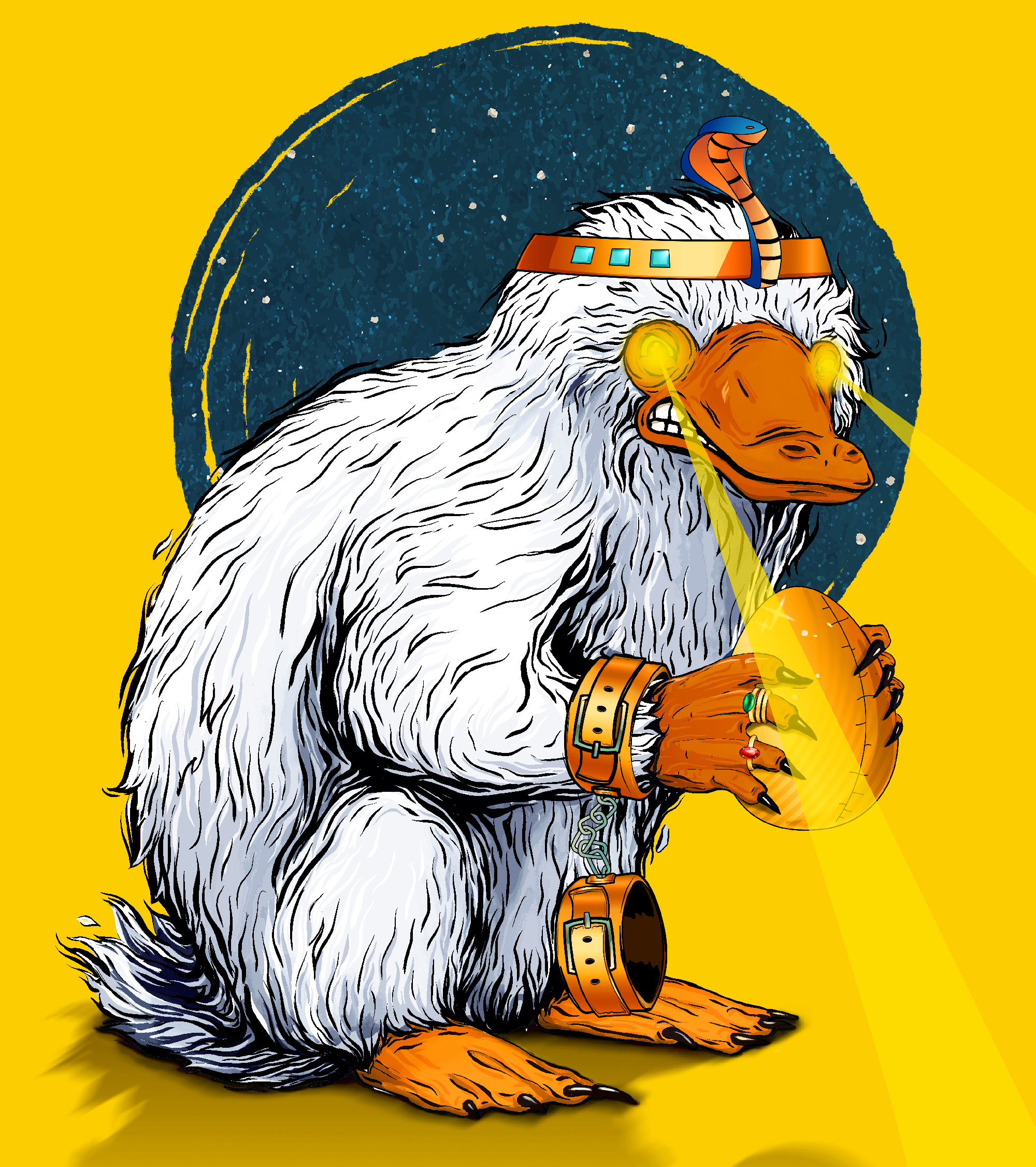 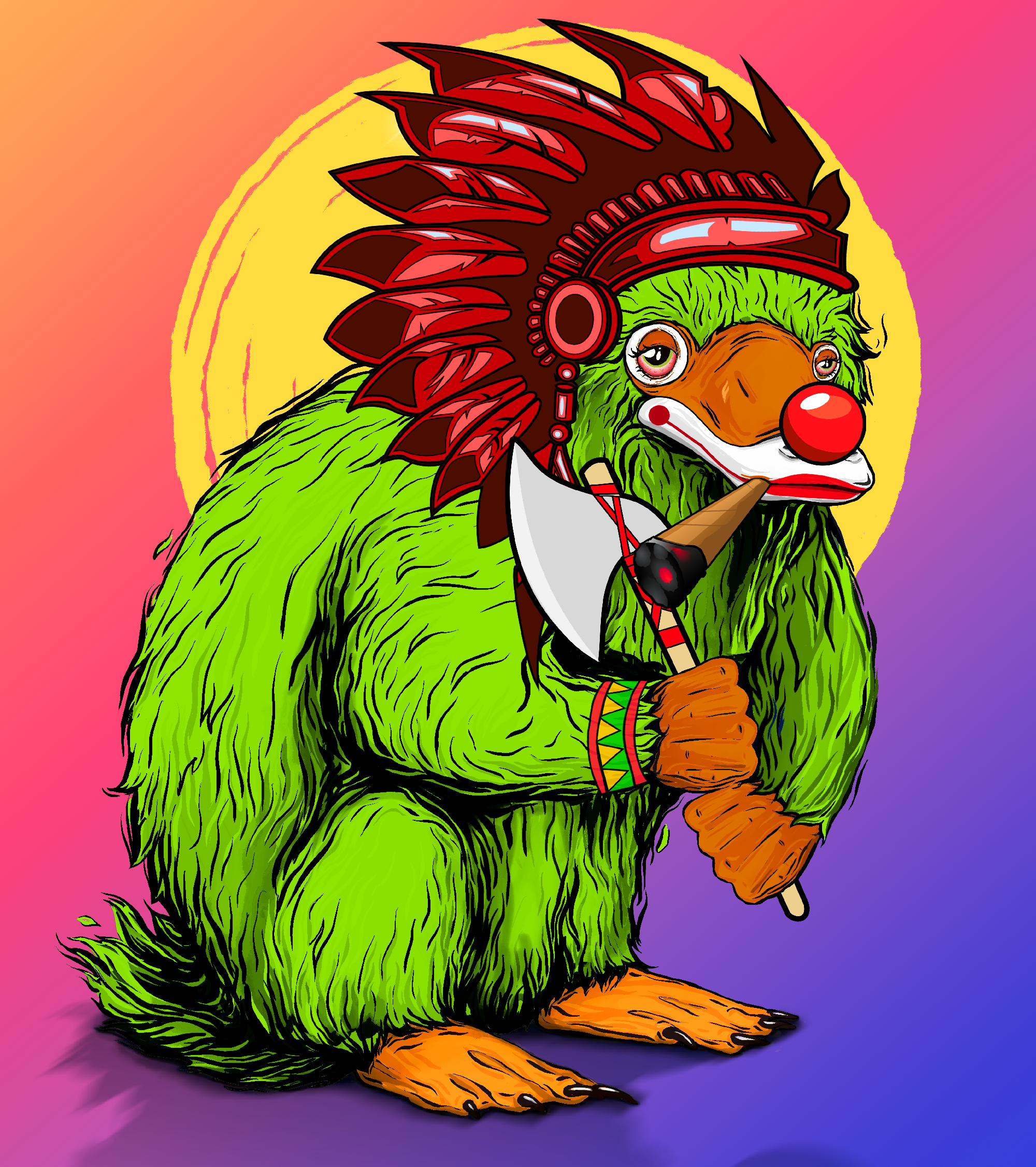 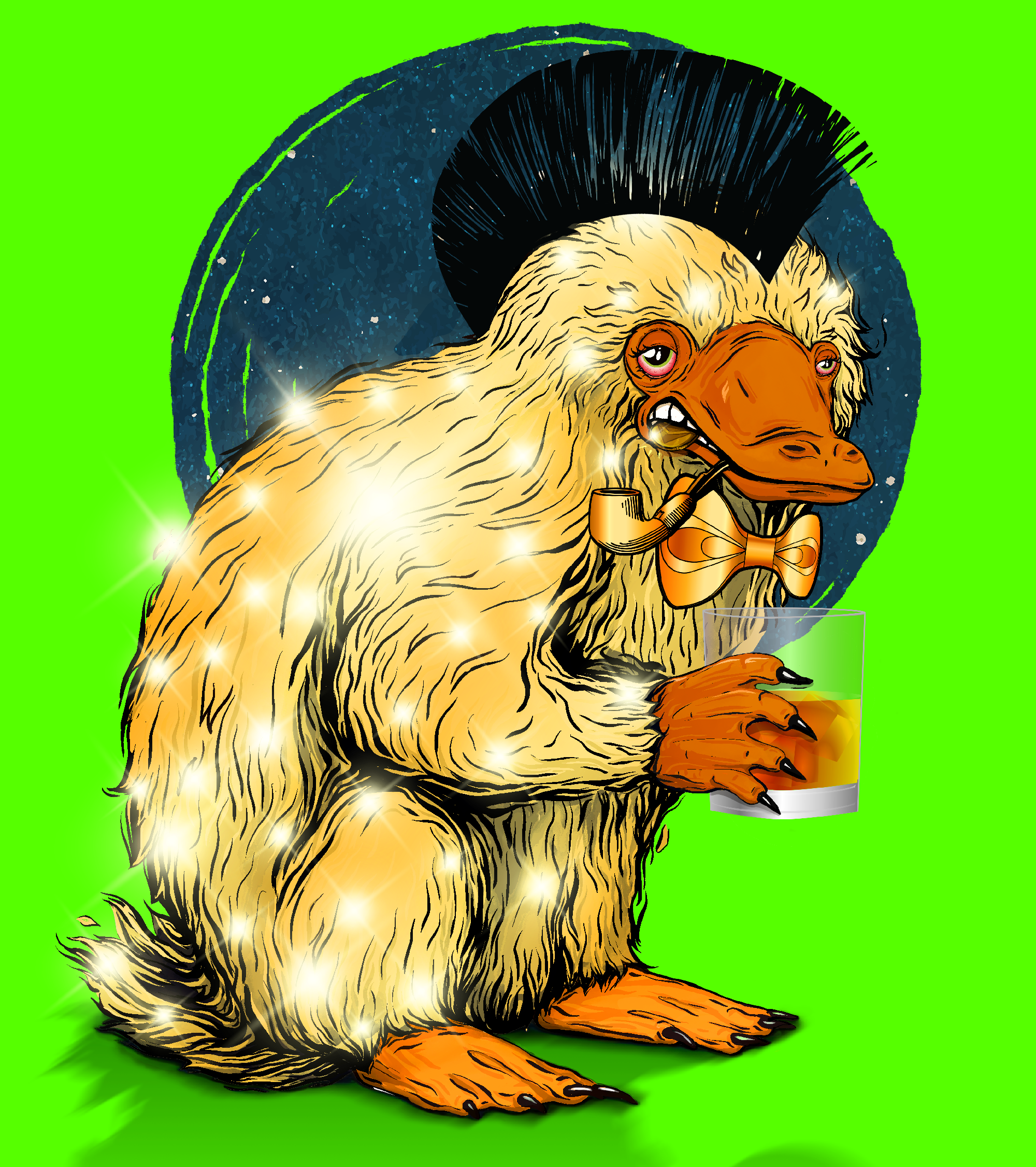 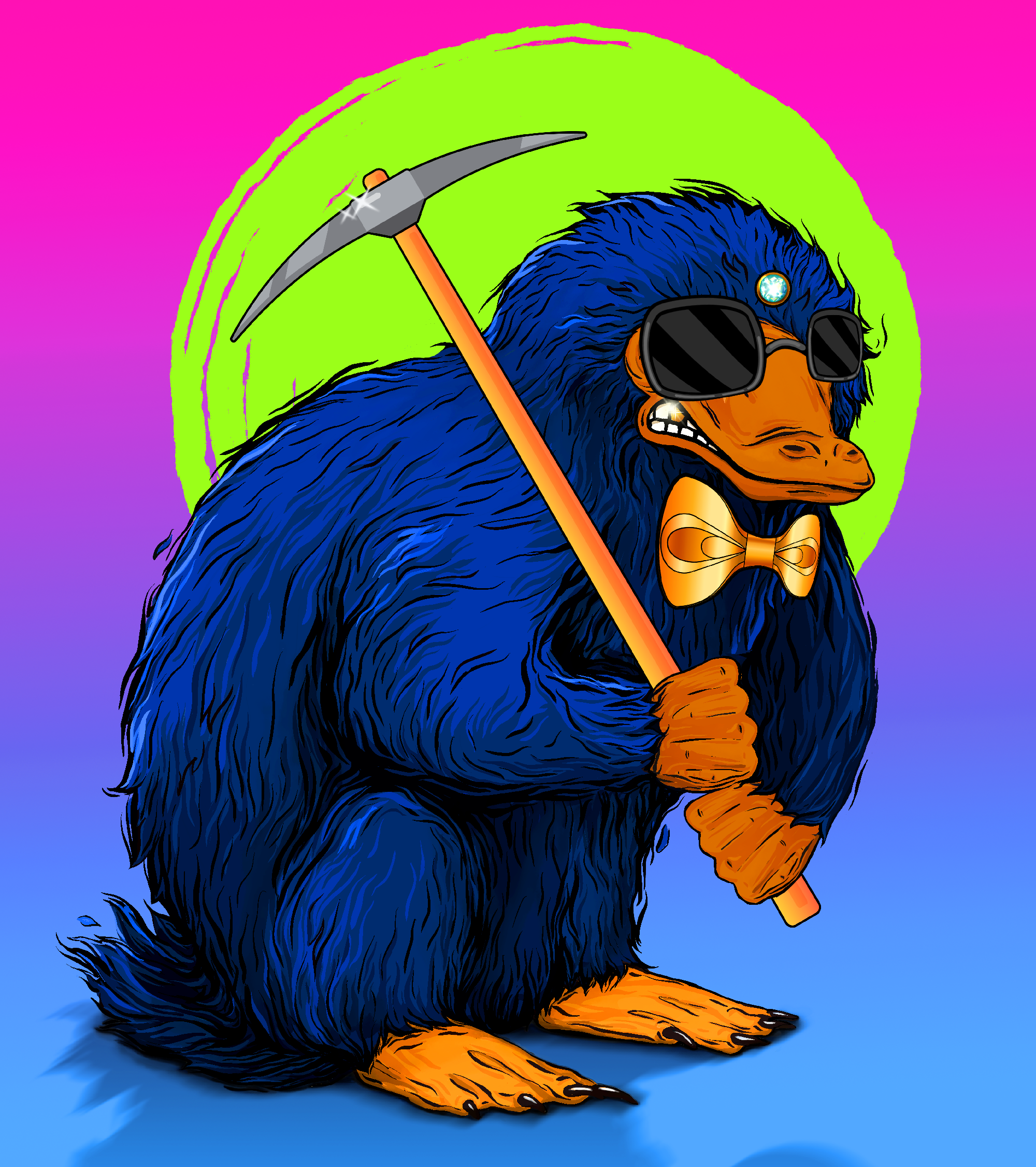 Behind the Scenes – CEO 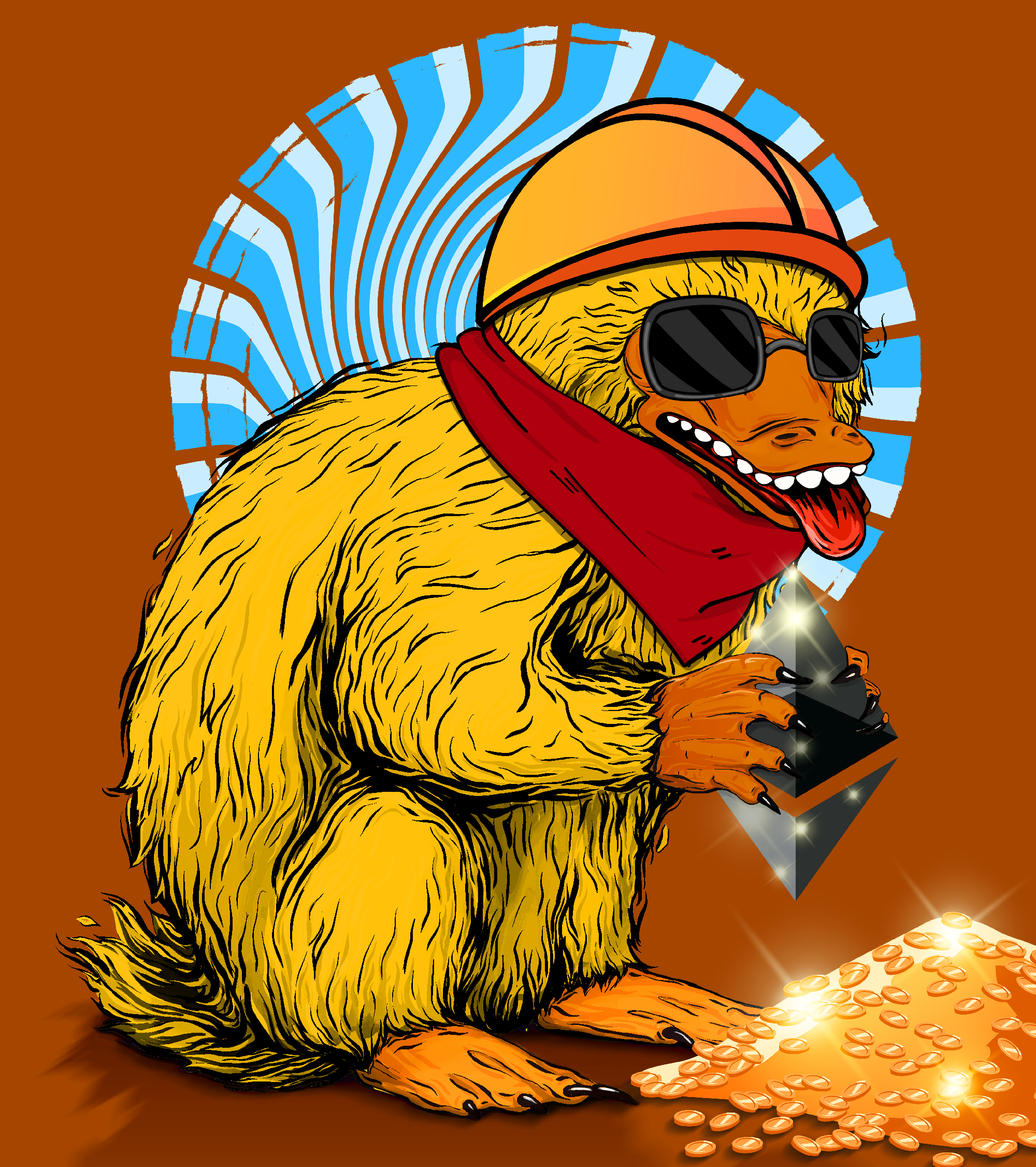 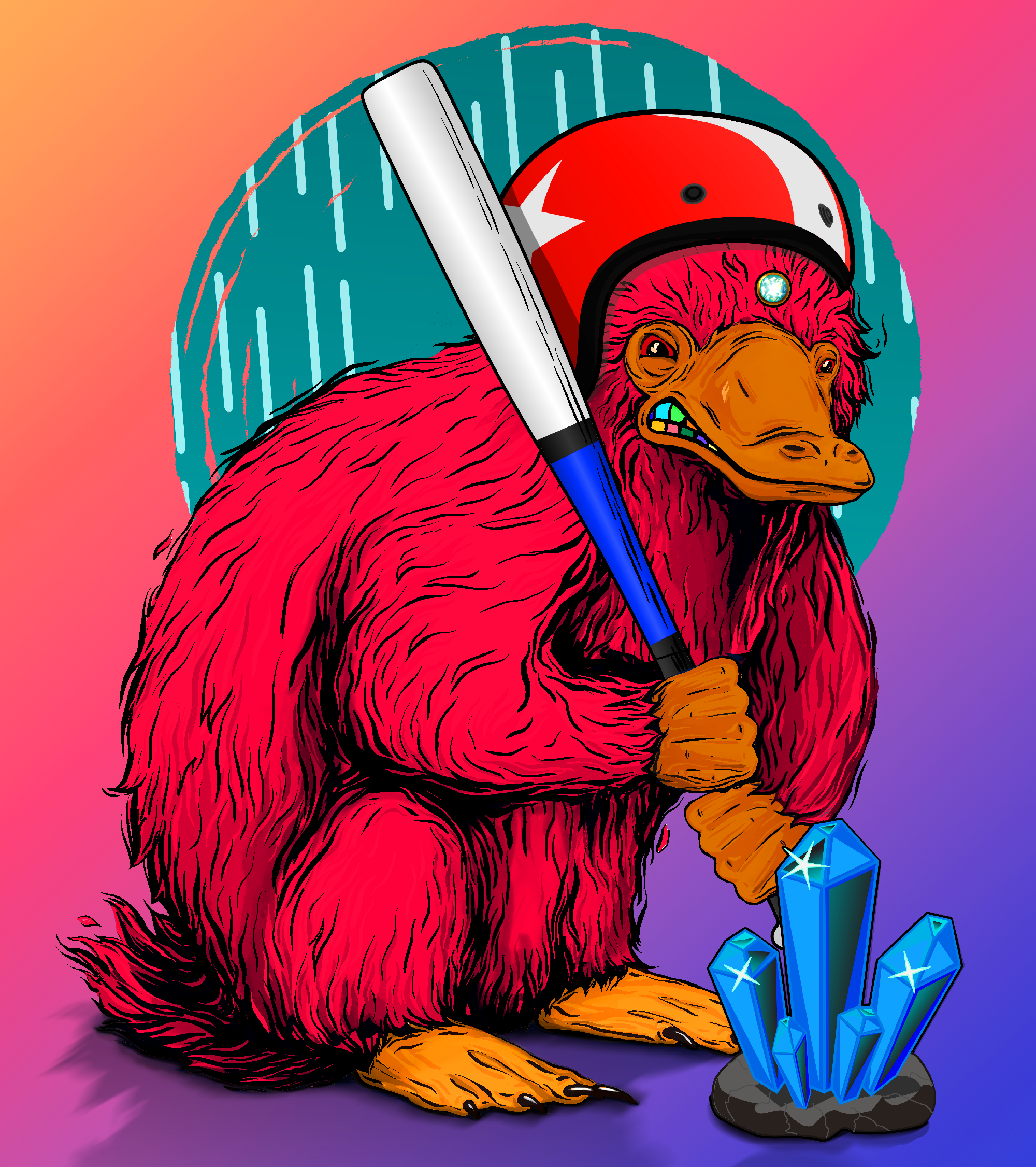 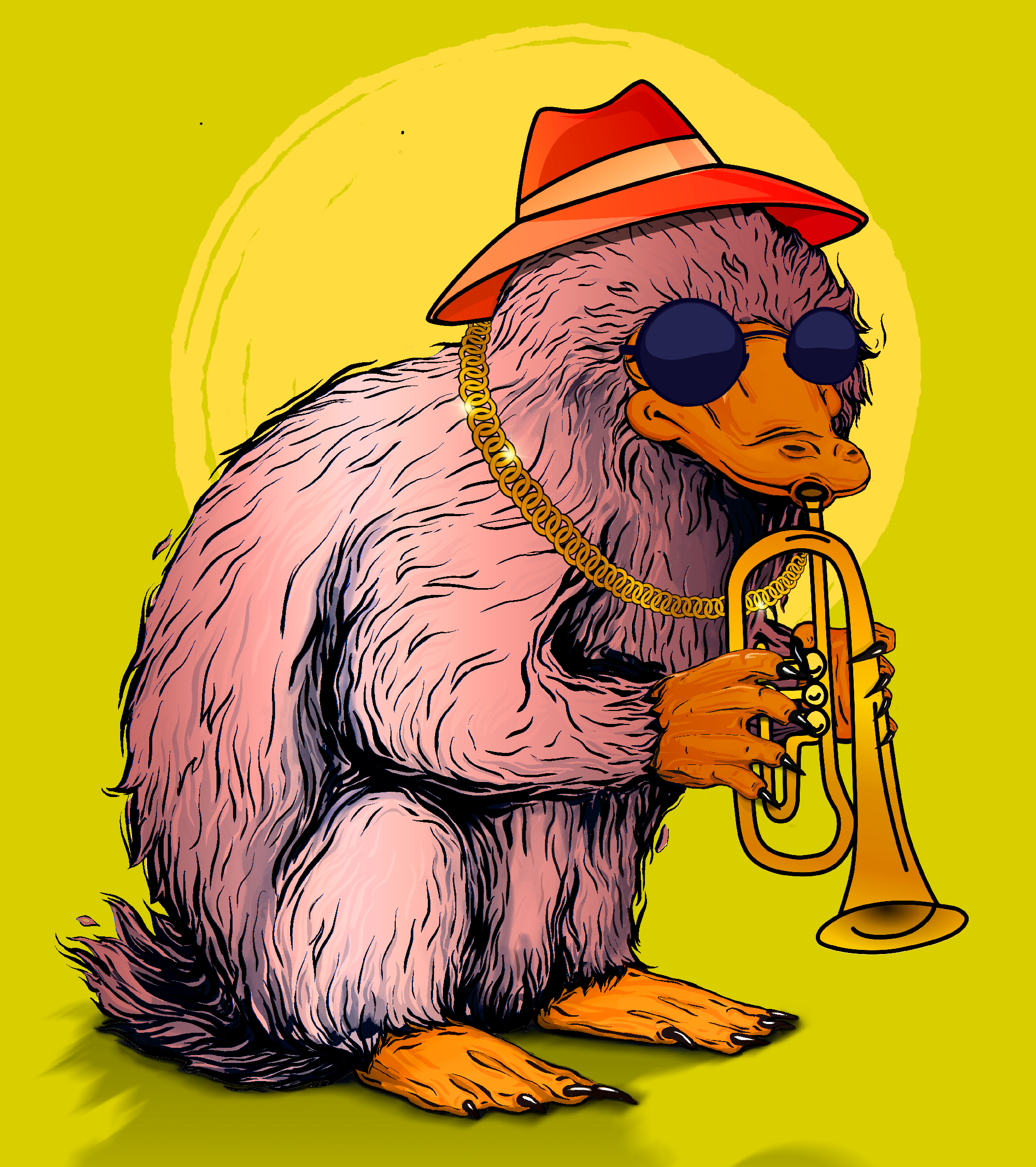 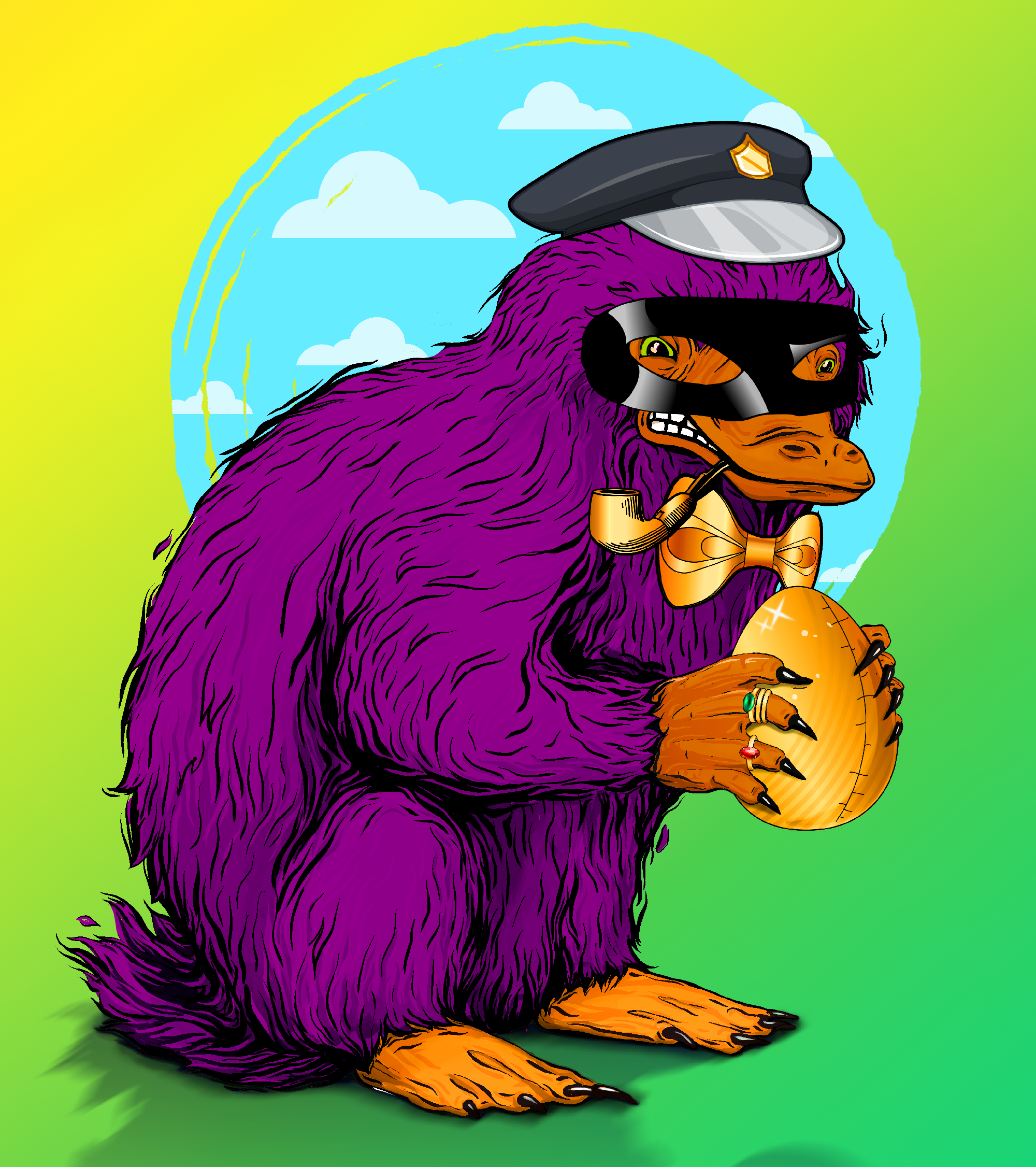 The Whitelist Competition Presale starts on April 22nd at 12:00 UTC and Whitelisting process will last 44 days with 2000 spots and the maximum minting quantity is x1 PHANTOM YEGG per spot on a mint price of 0.22 ETH.

The WHITELIST/PRESALE minting start on June 11th at 08:00 UTC and will last 48 hours

Public sale starts – (TBD) and the maximum minting quantity is x5 PHANTOM YEGGS per wallet on a mint price – TBD.

REVEAL the PHANTOM YEGGS  soon in Opensea.io and 50% of the secondary sale (10% Royalties) will be donated towards the conservation and protection of the majestic Platypus !

The Baby Phantom Yeggs will hatch soon! Anyone who mints a Phantom Yegg will have the opportunity to own a Phantom Baby Yegg as a reward from our new collection as soon as they hatch. And they will hatch very soon! They are Baby Phantom Yeggs and are the next generation. 100% of the secondary sale (10% Royalties) will be donated towards the conservation and protection of the majestic Platypus that served as an inspiration for the Phantom Yegg. As of 2020, the Platypus is a legally protected species in all states where it appears. It is listed as an endangered species in South Australia and Victoria and has been recommended for listing in New South Wales.

Yes, we pay our dues!

The team behind  Phantom Yeggs is a diverse group of professionals with 10+ years of experience working in fields like Cryptocurrency, IT, DeFi, Graphic design, Web design, Commercials, Film industry, and companies like Disney, Lionsgate, Legendary, Universal, NOD32, Nansen, Red bull, Fashion TV, H&M and many others.

What is the size of the PNG image?

WHAT IS MINTING?
An NFT is a blockchain-based token that proves ownership of a digital item such as images, video files, and even physical assets. In simple terms, Minting an NFT refers to converting digital files into crypto collections or digital assets stored on the blockchain
HOW MANY WILL BE MINTED?

12022 PHANTOM YEGGS WILL BE MINTED IN TOTAL.
for more info you can check the roadmap

HOW CAN I BUY a phantom yEGG nft?

WHAT IS A WHITELIST?

Whitelisting involves adding specific crypto wallet addresses to an allowlist. If you are whitelisted for an NFT project, you will be able to mint the project before the official launch date and often at a lower price. Whitelisting allows project teams to reward early supporters and promote community engagement.

how to get whitelisted?

The Platypus is the only animal other than the echidna that is considered a mammal but lays eggs. It is one of the most ancient inhabitants of the planet and for centuries has puzzled people with its peculiarities. For many years, scientists could not determine whether it was a mammal or a bird – the beak is of a duck, the body is with otter fur, there are floating membranes between the fingers and it reproduces with eggs. Like other monotremes, it senses prey through electro-location.

The unique features of the platypus make it an important subject in the study of evolutionary biology, and a recognisable and iconic symbol of Australia. It has appeared as a mascot at national events and features on the reverse of the Australian twenty-cent coin, and the platypus is the animal emblem of the state of New South Wales.

Not only is the platypus an important freshwater carnivore, it is an evolutionary gem, one of the last remaining monotremes—or egg-laying mammals—left on Earth. And we’ve only begun to discover its wealth of secrets, from life-saving antibiotics in its milk to potential diabetes cures in its venom.

As of 2020, the platypus is a legally protected species in all states where it occurs. It is listed as an endangered species in South Australia and Victoria and has been recommended for listing in New South Wales.